In a nutshell the Theory of Nanocreation and Entropic Evolution is the view that God created matter and life at the microscopic nanoscale, and then allowed the macrostructures of the universe, including our own bodies, to evolve through natural processes.

My whole life has been dedicated to answering the question: How did God create life?  And what part did evolution play in this?  The journey has been a long journey compared to the short bus journey where it all started, but it has been absolutely amazing, and my life has been truly blessed. 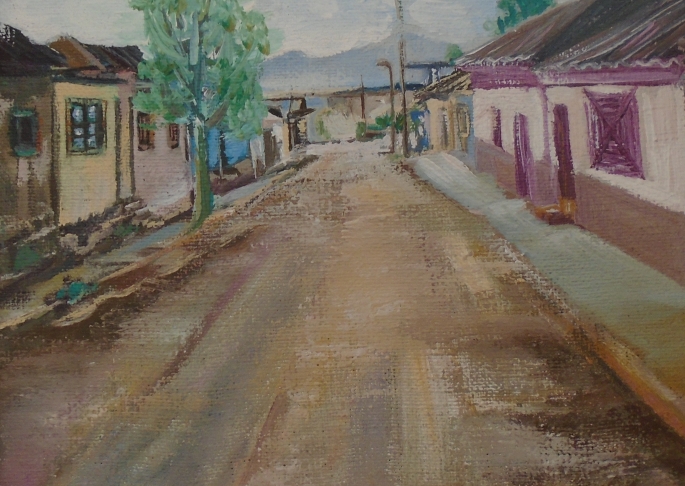 It is manifestly clear that evolution does occur.  Hundreds if not thousands of examples have been documented.  But the operation of evolution, the way it works, actually indicates that complexity precedes loss of complexity; fully developed parts precede reduction of parts; and function precedes dysfunction.

Biology has now reached the bedrock which is the genetic system itself and how it brings about development in different organisms.  Examples of modification can be documented down to the last DNA detail, and what they show is that mutation has switched off certain genes or the regulatory elements that control them in each case.

The idea that was becoming clear in my mind was that evolution presupposes creation.  The original basic types were created with fully functional genomes and whole functional organs.  These basic types have evolved in many ways and to very high degrees.  While evolution has produced a great diversity of species here on Earth, creation was at the origin of complex life.

The exploration of this subject became the fire of my soul.

IF GOD CREATED THE UNIVERSE, DID IT GO BANG?

In a nutshell, in the Theory of Nanocreation and Entropic Evolution it is proposed that God created at the microscopic nanoscale, while all the macrostructures of the universe evolved by natural processes.

God is the Creator of matter, and this matter forms the universe.  And yes, it did go bang – the Multi-Bang is a new explanation for the expansion of the universe and the dynamics of revolving galaxies and stars.

The Theory of Nanocreation and Entropic Evolution is a rejection of purely materialistic science.  The hypotheses of this alternative scientific theory offer a middle way: creation in the context of an evolving world.

Evolution most certainly is about survival, and it is about adaptation to new environmental conditions.  But this adaptation is based on the switching off of certain genes by mutation, not on the evolution of new genes or new levels of complexity.

I uphold that natural selection allows modification of existing forms of life, but it does not cause those forms of life to exist in the first place.

I call my theory of evolution ‘Entropic Evolution’ because it involves a loss of information at the genetic level.

Entropy in this sense is about the loss of information that occurs during transmission of the message.

Therefore, I do believe that evolution through natural selection takes place, and to a very high degree but it starts with the creation of basic forms of life.

Life was created able to evolve.

In the shanty town as I saw the houses around me visibly sink into the ground. I knew that these houses had once been newly built, maybe even luxury houses of the 19th century.  The poverty-stricken shanty town had once been a thriving economic concern when the copper foundry was there. But 150 years later disintegration had set in, and the houses were clinging precariously onto verticality.

I lived a life in a place that may have had a profound subconscious influence on my writing. But I also had contact with the world of science via books and scientific journals. Molecular biology was advancing during the 1990s as my theory took shape.  Many details about DNA were confirming my innovative concepts which were written on bits of paper.

Research into the origin of things also gave me an inner life.  I have never got bored or given up hope.  The well-spring of inspiration wells up each day and is always new.  The God who created life gives life to the soul, and the soul, at least, never grows old.

One day people will listen.  Maybe after I have returned to dust I will have my say.  My words will live on.

Out of the precariousness of human life sprang an idea – if it is truth, it will outlast the vagaries of time.  It will build up.  These written words will not pass away as everything around us is lost.  What is old will be renovated, and made new.

Increasing disorder shows that order was the initial state.  Loss of function shows that function preceded dysfunction.  Reduction in parts shows that wholeness came first.  Entropic Evolution presupposes complexity in the basic kinds of life.  These then evolved over time essentially in a downwards direction.

These scientific observations are attuned with the belief that God created life, and that He created complex life.  God did not create every species, but a certain number of basic types or kinds.  It is the complexity of the basic original types that has allowed them to evolve.  Evolution has been free to take many different directions, bringing about a multitude of adaptations to many different environments for the various forms of life.

I have called this Nanocreation because it is the creation of life through creation of the DNA code.  God conferred upon life the possibility of evolution by the operation of natural selection.

I think I’m nearly ready to present my big idea to the world.  This is it:

That, in essence, evolution is based on increasing disorder, a running down.  At the genetic level dysfunction increases over time.  The reason for this is that mutations are errors in the replication of DNA.  These errors cause genes to become switched off.  This represents a loss of information carried by the genetic code.

There are hundreds of examples of plants and animals that have modifications such as reduction in structures and organs that are missing such as moles which have no eyes.  All these examples are underpinned by mutation causing genes to cease to function.  There are also all sorts of modifications that have led to the evolution of a great diversity of species.

This is the grand principle of evolution that sprang from the dust of a shanty town.  Error causes loss of information in the genetic code and this is passed on.

I conceived this principle in my mind, but I had no name for it.  Then, one day I read the appendix of a book that spoke of the Second Law of Thermodynamics.  I realized that the name for my principle was entropy.  But this is not entropy involving the running down of energy, but the running down of information in a code that is a transmitted message.  I now name this Error Entropy (this notion of entropy is different to Shannon Entropy).  It gave the name to my theory: Entropic Evolution.

Here is the bigger idea:  if Entropic Evolution in essence runs down, then there must a proceeding phase when it is ‘wound up’.

My big idea was conceived in a shanty town in Chile in the 1990s.

Guayacan had been a thriving part of the north Chilean town of Coquimbo at one time.  British people had gone there too in the 1890s.  Guayacan was built around a copper foundry in the 19th century.  The foundry owners lived in big houses built of high-quality mud-brick, while the workers of the foundry inhabited wattle and daub houses although with big gardens at the back.  While the copper foundry furnace burned night and day, there was money.  But when I went there a hundred years later the foundry was gone and only clinker on the beach remained as evidence of its former existence.

The little fishing port with its old houses was now a crumbling shanty part of town.  Faded glory gave it quaintness, but each earth quake took its toll and many houses now leaned precariously.  One big house had a preservation order on it, but the earth quakes had taken no notice of this – they had shaken the front off it.  The house stood with no front so you could see into the rooms with their outdated wallpaper.  It made you feel uncomfortable looking into the private space now exposed.

I spent a lot of time doing work on my old house that in the 19th century had been the post office.  I liked living there, but as I observed the old houses, I came to realize that termites would eventually eat all the new beams I’d had put in, and all my renovation work would return to dust.

Of course doing up houses has an immediate benefit in providing a place to live, and places to rent out and so have an income.  But ultimately the whole shanty town would be swept away by modernity, and be no more.

My efforts in the shanty town were destined to return to dust, and I would also return to dust maybe in the English cemetery close by.  I expected to be immortalized as the ‘Gringa of Guayacan’ one day since I expected to remain living in Chile.  What I realized, however, is that the written word has an efficacy that other creative efforts do not have.  The written word is not swept away; it does not turn to dust.  So it is that I started writing.

It was here in the shanty town that I conceived my big idea – the idea that would direct my life and become the fire of my soul.  I started writing every day except Sundays.  I’ve done this for 26 years now.  Even while everything was collapsing around me, and earth tremors shook the house, I could still write.